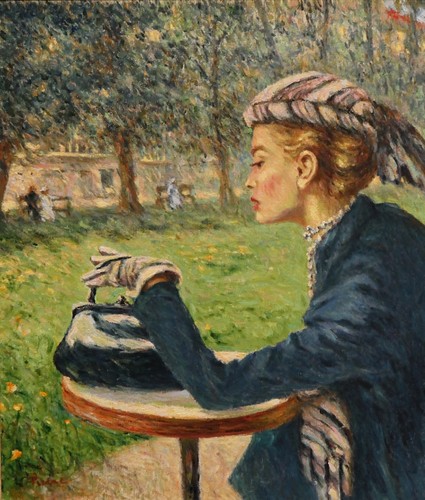 The Impressionist movement knows no rival in the history of art. It’s still enormously popular today. We find Impressionist artwork not only in museums and galleries, but also in calendars, reproductions, posters, memo pads. Visually pleasing yet also stimulating–after all, the viewer is far from passive, since his or her eyes creates the visual impression of the painting from afar–Impressionism combines radical innovations with a reassuring resemblance (of the objects painted to their real-life counterparts), or verisimilitude. In other words, it offers the best of both worlds.

It is therefore not surprising that Impressionism has such a wide appeal, not only historically–in terms of the achievements and innovations of the key Impressionist painters–but also in terms of contemporary art. One of the leading contemporary post-Impressionist is Pierre C.A. van Dijk. Popular with viewers and galleries alike, his paintings are exhibited worldwide. As Chris van Dijk, his brother, business manager and the owner of the Gallerie Pierre in Paris states, more than 100,000 people visit Chris van Dijk’s exhibitions a year in exhibits in France, Switzerland, Holland and other countries.

Pierre van Dijk combines Impressionist and post-Impressionist elements. His paintings are often “plein air” paintings, as for the classic Impressionists. The Impressionists considered that the best forum to observe and represent nature would be in the open air—which is why their works were called plein airpaintings–where the play of light and shadows would be most natural, striking and intense, rather than under the dim and artificial lighting of the studio.

The students in the academies and the official Salon conveyed the three-dimensionality of forms by means of the subtle shading which was first perfected by the Renaissance masters. The Impressionists, on the other hand, evoked a sense of three-dimensionality by representing the dramatic contrasts of color which can be best observed in vibrant sunlight. In seeking to capture visually the play of light and shadow—and its transformations—the Impressionists used rapid brushstrokes to produce paintings that looked rushed and unfinished as opposed to the well-rounded, glossy and polished forms and subtle shadings respected by the Beaux-Arts system. Similarly, rather than depicting a posed or characteristic angle of the objects painted, Manet and the Impressionists showed objects from uncharacteristic, and often, truncated perspectives. This truncation of subjects and objects, which is especially obvious in the paintings of Renoir and Degas, openly acknowledges the incompleteness of our field of vision and powers of representation. 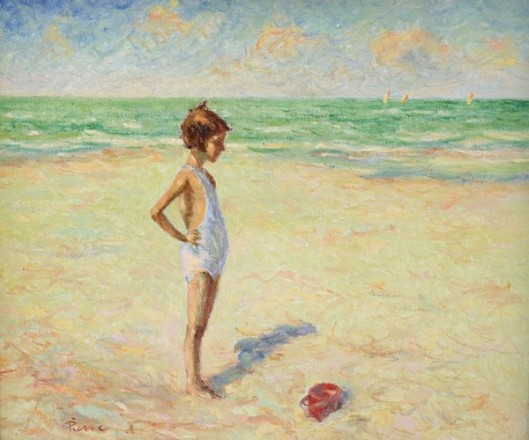 Pierre van Dijk‘s paintings show the nuances and hues of color as people, nature and objects are depicted in natural sunlight. His strokes vary and have enormous range: sometimes they’re as delicate as pointilist dots, at other times broad strokes reminiscent of Van Gogh’s post-Impressionism. This range of strokes, so evident in the painting April in Paris (at the top of the page), lends not only verisimilitude to his artwork, but also transmits mood and focus. Notice the broad, blurry strokes of the background and the sharply delineated and much finer brushstrokes of the woman in the foreground.  Pensive, patient, elegant and beautiful, she’s revealed only by a truncated perspective–characteristic of Degas’ paintings–rather than featured centrally like in an official portrait. It’s as if she were caught unaware by the painter’s masterful style in a photograph, or a  movie still-shot. Everything about this painting suggests narrative–even drama–and invites questions: who is she? who is she waiting for? why? what is her mood and what is she thinking about?

In the hands of talented contemporary painters, Impressionism, I believe, will continue to be a very popular art movement. Few styles combine as harmoniously  innovation and accessibility, features which are evident in the beautiful post-Impressionist paintings of Pierre van Dijk. You can view samples of the artist’s work on his website, below.